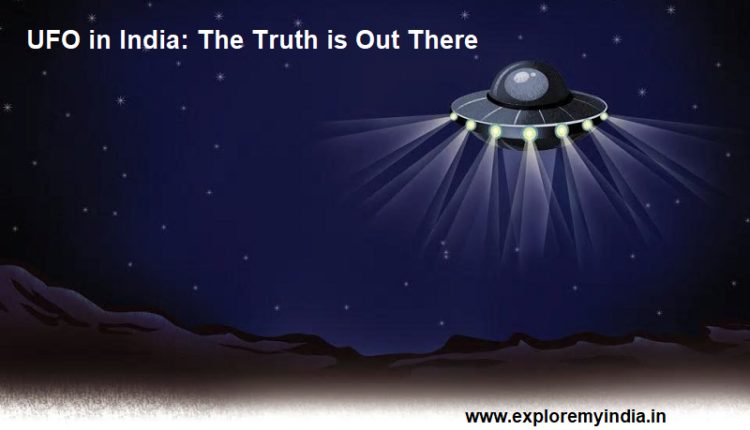 UFO Sightings in India: The Truth is Out There 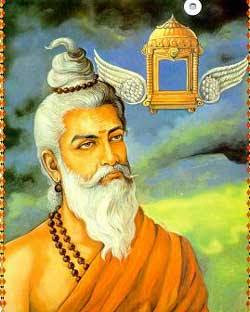 Fifty years of researching this ancient works convince me that there are livings beings on other planets and that they visited earth as far back as 4,000 B.C.”, the scholar says. This amply proves the existence of UFO Sightings in India during those times. “There are a just a mass of fascinating information about flying machines, even fantastic science fiction weapons, that can be found in translations of the Vedas (scriptures), Indian epics, and other ancient Sanskrit text”. In the Mahabharata (writings), there is the notion of divine lighting and ray weapons, even a kind of hypnotic weapon. And in the Ramayana (writings), there is a description of Vimanas, or flying machines, that navigated at great heights with the aid of quicksilver and a great propulsive wind.

“These were space vehicles similar to the so-called flying saucers reported throughout the world today. The Ramayana even describes a beautiful chariot which ‘arrived shining, a wonderful divine car that sped through the air’. In another passage, there is mention of a chariot being seen ‘sailing overhead like a moon’ “.

The Vedic traditions of India tell us that we are now in the Fourth Age of mankind. The Vedas call them the “The Golden Age”, “The Silver Age”, and “The Bronze Age” and we are now, according to their scriptures in the “The Iron Age”. As we approach the end of the 20th century both Native Americans, Mayans, and Incans, prophecies claim that we are coming to the end of an age. Sanskrit texts are filled with references to Gods who fought battles in the sky using Vimanas equipped with weapons as deadly as any we can deploy in these more enlightened times.

The astounding and indisputable reference of flying machines both in Ramayana and Mahabharata age further proves the existence of UFO Sightings in ancient India and that UFO in India visited during those periods.

Many researchers into the UFO enigma tend to overlook a very important fact. While it assumed that most flying saucers are of alien, or perhaps Governmental Military origin, another possible origin of UFO Sightings is ancient India and Atlantis. What we know about ancient Indian flying vehicles comes from ancient Indian sources; written texts that have come down to us through the centuries. There is no doubt that most of these texts are authentic; many are the well known ancient Indian Epics themselves, and there are literally hundreds of them. Most of them have not even been translated into English yet from the old Sanskrit.

UFO Sightings during Rule of Ashoka

The Indian Emperor Ashoka started a “Secret Society of the Nine Unknown Men”: great Indian scientists who were supposed to catalog the many sciences. Ashoka kept their work secret because he was afraid that the advanced science cataloged by these men, culled from ancient Indian sources, would be used for the evil purpose of war, which Ashoka was strongly against, having been converted to Buddhism after defeating a rival army in a bloody battle. The “Nine Unknown Men” wrote a total of nine books, presumably one each. Book number was “The Secrets of Gravitation!”. This book, known to historians, but not actually seen by them dealt chiefly with “gravity control.” It is presumably still around somewhere, kept in a secret library in India, Tibet or elsewhere (perhaps even in North America somewhere). One can certainly understand Ashoka’s reasoning for wanting to keep such knowledge a secret, assuming it exists. Ashoka was also aware of devastating wars using such advanced vehicles and other “futuristic weapons” that had destroyed the ancient Indian “Rama Empire” several thousand years before.

Only a few years ago, the Chinese discovered some Sanskrit documents in Lhasa, Tibet and sent them to the University of Chandrigarh to be translated. Dr. Ruth Reyna of the University said recently that the documents contain directions for building interstellar spaceships! Their method of propulsion, she said, was “anti-gravitational” and was based upon a system analogous to that of “laghima,” the unknown power of the ego existing in man’s physiological makeup, “a centrifugal force strong enough to counteract all gravitational pull.”

The ancient Indian texts on Vimanas are so numerous, it would take volumes to relate what they had to say. The ancient Indians, who manufactured these ships themselves, wrote entire flight manuals on the control of the various types of Vimanas, many of which are still in existence, and some have even been translated into English. The Samaraanganasutraadhaara is a scientific treatise dealing with every possible angle of air travel in a Vimana.

There are 230 stanzas dealing with the construction, take-off, cruising for thousands of miles, normal and forced landings, and even possible collisions with birds. In 1875, the Vaimanika Sastra, a fourth century B.C. text written by Bharadwaj the Wise, using even older texts as his source, was rediscovered in a temple in India. It dealt with the operation of Vimanas and included information on the steering, precautions for long flights, protection of the airships from storms and lightning and how to switch the drive to “solar energy” from a free energy source which sounds like “anti-gravity.”

The Vaimanika Sastra (or Vymaanika-Shaastra) has eight chapters with diagrams, describing three types of aircraft, including apparatuses that could neither catch on fire nor break. It also mentions 31 essential parts of these vehicles and 16 materials from which they are constructed, which absorb light and heat; for which reason they were considered suitable for the construction of Vimanas. This document has been translated into English and is available by writing the publisher: VYMAANIDASHAASTRA AERONAUTICS (by Maharishi Bharadwaaja, translated into English and edited, printed and published by Mr. G. R.Josyer, Mysore, India, 1979).

Hitler and the Nazi staff were exceptionally interested in ancient India and Tibet and sent expeditions to both these places yearly, starting in the 30’s, in order to gather esoteric evidence that they did so, and perhaps it was from these people that the Nazis gained some of their scientific information!. According to the Dronaparva, part of the Mahabharata, and the Ramayana, one Vimana described was shaped like a sphere and born along at great speed on a mighty wind generated by mercury. It moved like a UFO, going up, down, backward and forwards as the pilot desired. In another Indian source, the Samar, Vimanas were “iron machines, well-knit and smooth, with a charge of mercury that shot out of the back in the form of a roaring flame.”

Another work called the Samaranganasutradhara describes how the vehicles were constructed. It is possible that mercury did have something to do with the propulsion, or more possibly, with the guidance system. Curiously, Soviet scientists have discovered what they call “age-old instruments used in navigating cosmic vehicles” in caves in Turkestan and the Gobi Desert. The “devices” are hemispherical objects of glass or porcelain, ending in a cone with a drop of mercury inside. It is evident that ancient Indians flew around in these vehicles, all over Asia, to Atlantis presumably; and even, apparently, to South America. These prove visits by UFO Sightings in India as far back as 4000 Yrs. B.C.

Why Western Women Converting to Hinduism