The Power of Vedic Maths: Its Relevance and Use in India

Vedic Maths is an ancient Indian science capable of finding a solution to complex mathematical derivations which modern science is unable to find.

When sighted from the narrow prism of modern science, the old aged Vedic period and its Scientific discoveries may be argued as subdued and myth. But the truth is something different. One after another, various research papers are now increasingly proving and amplifying that the Vedic Maths of Veda Period was far more developed than the modern one which exists as on today. 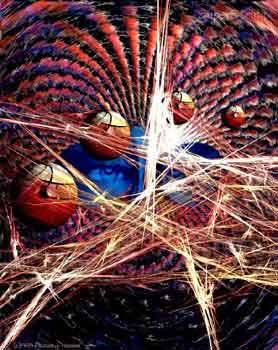 We can take up one small example to prove this theorem.  We all know that ‘Hanuman Chalisa’ as a holy mantra is recited in every Hindu home. In Hindu religion, we worship Lord Hanuman as a virgin deity of strength and in his praise, the mantra ‘Hanuman Chalisa’ is regularly recited to ward off the shadows of evils from our life.
Recommended for You:
Creation Of The Universe
Discovery Of Geographical Map Of The Earth
To display the richness of Vedic Maths one can interpret Hanuman Chalisa. In ‘Hanuman Chalisa’ there are excerpts of two lines which are of significance in the present context which is recited in Hindi and is presented as follows:-
“युग सहस्त्र योजन पर भानु,
लील्यो ताहि मधुर फल जानू”
English translation of the above verse says that the Child Lord Hanuman while playing had once engulfed the whole SUN into his mouth, thinking it as a sweet fruit. At that time the Sun was lying at a distance of One Yuga, one Sahastra, one Yojana years from the earth where Lord Hanuman stood. The distance between Earth and the Sun as described in the above verse is represented in the mentioned units which can be calculated in the given metric as follows:-
1 युग = 1 Yuga = 12,000 Year
1 सहस्त्र = 1 Sahastra = 1,000 Year
1 योजन = 1 Yojana = 8 Miles
1 मील = 1 Mile = 1.6 KM
If you calculate the above, we will find the following …….
Yuga x Sahastra x Yojana = 12,000 x 1,000 x 8 = 96,000,000 Mile = 153,600,000 KM
NASA through its modern techniques has also calculated the distance between the Sun and Earth and they have found precisely it is 153,600,000 KM.
So, Is not it a fact that Indian Vedic Maths was far more developed than the Modern day’s Science? Should not be we proud of our old civilization and the Vedic Maths, which was practiced in our Sanatana period? YES, We are ……
Vedic Maths
0
Share FacebookTwitterGoogle+ReddItWhatsAppPinterestEmail

Sanatana Dharma and Other Religions of India: An Insight Story