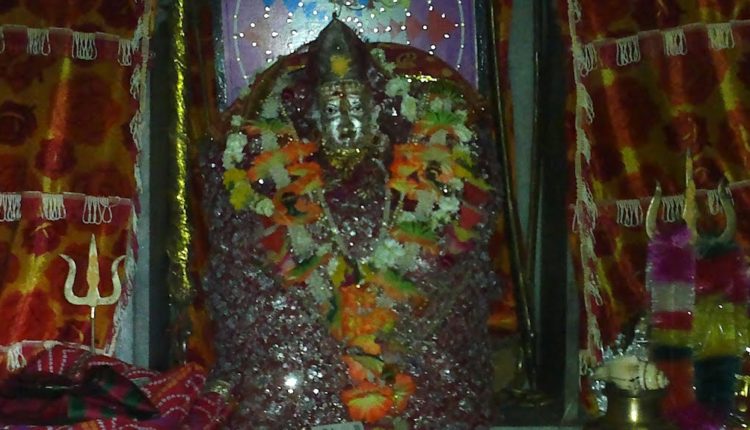 Why We Adore Hinglaj Mata Mandir in Rajasthan (And You Should, Too!)

The ancient Hinglaj Mata Mandir is one of the 52 Shaktipeetham of goddess Sati and is situated at the Hingol hills in the state of Baluchistan in Pakistan.

Maa Hinglaj is said to be the first ‘Kuldevi’ of Charan dynasty of ancient India.

Hingol mountainous terrain is situated about 120 km away from the city of Karachi. The temple of Shaktipith Mata Hinglaj is well-known pilgrimage site since the time immemorial.

Maa Hinglaj Mandir is also popularly known as Nani Bibi Mandir to most Sufi Muslims who equally adore her.

There are many temples of Hinglaj Mata in modern India, spread across the length and breadth of the country.

Many of these temples are more than 500 yrs. old and they were constructed by the ruling kings and the influential people of the time in India. They constructed these temples on the fulfillment of certain vows to honor the deity and to facilitate the worship of Mata in their very own lands. There is a very renowned temple of Maa Hinglaj at Ambara, Near Barkuhi Chhindwara district, M.P.

The temple is located southwards on the Parasia Road, almost 40 Km away from the town. Many tourists visit the temple almost every day, but Tuesday and Saturday are considered to be the best days for worship.

The profound source of attraction to the general public and the devotees is a Temple Bell of 1.5-meter diameter, 9 feet tall and about 2 Ton in Weight, which lies in the temple premises.

The bell is so enormous that it is perhaps the largest one in the entire division. When the bell rings, the entire Ambada Region fills with religious fragrance and piousness.

In India, Hinglaj Devi is worshiped as  Kuldevi by the people of different caste and Gotras.

There are few very renowned Hinglaj Mata Mandir in Rajasthan. Here after we are going to concentrate mainly to these temples in Rajasthan. According to the temple manager Devkaran Singh, at Neemkhana, Sikar about 500 yrs ago, Maa Hingalaj appeared in the dream of the king Moolraoji in the village area of Nimod and told that she is going to incarnate in the hills of Neemkathana.

In the morning when the king searched the area, he found the idols of Hinglaj Mata.

Then onward people started worshiping the deity and thousands of people visit the temple every year. This is one of the very famous Hinglaj Mata Mandir in Rajasthan. The temple at Barmer is situated at a distance of about 8 KM away from Siwana town.

It is situated in the deserted barren hilly terrain. People go there to worship Mata in their own vehicles or with their own convenience and return back the same day as there are no hotels or residential places near the temple. The photo, as shown above, is the actual photo taken from the temple premises. This Hinglaj Mata Temple is situated at the Mandalgarh fort areas.

This is one of the very old Hinglaj Mata Mandir in Rajasthan whose history dates back to more than 2000 years back. At the temple premises clan of certain Kshatriya’s and Brahm Kshatriya Community resides and they worship this deity as their ‘Kuldevi’.

There are many other Hinglaj Mata Mandir in Rajasthan. In the following paras, we will present their nomenclature along with the actual site photographs of the deity for the information of all. Mata Hinglaj has been worshiped by a sizable majority of the Hindus since the time immemorial.

Various temples in other parts of India and more particularly many Hinglaj Mata Mandir in Rajasthan speaks its own story and the significance which is attached to her.