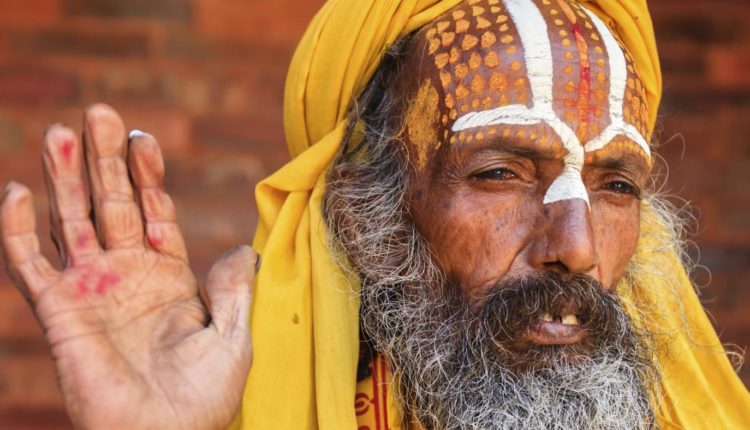 India has been World Guru since the time immemorial in spiritualism. It has been the home for many Indian Religious Teachers.

‘Sanatana Dharma’ is perhaps the oldest religion of this great mother earth from which the present days ‘Hinduism’ is derived. With war-ravaged Mahabharata period, it is believed that there has been a gross decline of this great religion and slowly it shrunk in the perimeters of the present days India. Much great religion like ‘Buddhism’,  ‘Jainism’, ‘Sikhism’ can be traced back to originate from this great religion called ‘Sanatana Dharma’. Even other religion like ‘Christianity’ and ‘Islam’ can find their footprints in ‘Sanatana Dharma’. With this derivation in the background, I am going to deliberate upon the briefs of  10 Indian Religious Teachers of Hinduism in India. They were the torch bearer and the great echelons of Hinduism. His Holiness Adi Shankara is the torch bearer and one of the famous Indian Religious Teachers. He was born in the early 9th century AD in Kaladi village of Kerala. He mastered the knowledge of Vedas, Puranas, and Upanishad at a very early age of eight years and became philosophical spiritual gurus of the masses who traveled length and breadth of the country to propagate the Hindus philosophy. His illustrious writings include Atmabodha, Vivekachdamani and Saudaryalahari etc and various commentaries on Bhagavad Gita, Brahmasutra etc. In the paradoxical world of the prevalent Islam, he revived Hinduism and established Shakara Matths and started the tradition of Shankaracharya. Unfortunately, he could not live a very long life and at the early age of just 32 years renounced the world. There is absolutely no parallel to the life of Adi Shankara in propagating, reviving and re-establishing Hinduism in India. As a devout proponent of Bhakti movement in 10th century, Ramanuja succeeded his teacher Yamunamuni to steer and lead the followers. He traveled extensively various parts of India and finally got settled at Srirangam. He was the founder of Visistadvaita Suddgabta and propounded Karma, Gyan, and Bhakti as three important ingredients of the ultimate Salvation. His famous scriptures include Sribasya and Gitabhasya. He is regarded yet another one of the famous Indian Religious Teachers.
Recommended for You:
Hinduism History: Hindus Lived 74000 Years Ago
Brahmakumari Meditation: 5 Simple Steps To Practice At Home During the end of 14th century, As founder of Suddhadvaita Vedanta (Pure non-dualism) and Pustimarga (the path of grace), he established the famous school of thought called ‘Rudra Sampradaya’ in Varanasi. He preached that Salvation can only be achieved through Sneha (deep-rooted love for God). He wrote several books and the very prominent ones include Subodhini and Siddhanta Rahasya. During the 15th century, Ramananda was yet another great saint of Bhakti movement of northern India. Born in Allahabad (Prayag) he prophesied that Bhakti any person irrespective of religion, caste, creed or sex can achieve the ultimate salvation. He preached love and brotherhood amongst his followers. His disciples included legendary Kabir who was a Muslim weaver, Raidasa who was a cobbler, Sena who was a barber, Sadhana who was a butcher and the Pipa who was a prince of a state. He was very famous across the society for his wisdom and preaching. Chaitanya (1485-1534) was the greatest follower of Bhakti movement and adored Lord Krishna. He was born in Navadip village, a tiny island in West Bengal. His childhood and the original name was Vishwmbhar Mishra. He propounded the school of Achintaya Bheda Bhedavada and preached Lord Krishna as Hari the supreme being for salvation. He is known as one of the Famous Indian Religious Teachers. During his last days, he had settled at Puri in Orissa. Yet another legend of Bhakti movement and the great propounder, Mirabai was married to the Rana Sanga, the eldest son of famous king Bhojraj during 1516. She was an ardent follower of Lord Krishna and followed the cult of Vaishnavism. She has composed several Bhakti song which is recited even today with devotion. A great devotee of Lord Shri Ram and the famous writer of Ramcharitmanas which is the Hindi version of legendary Ramayana. Tulasidas (1532-1623) brought Ramayana to every home of Hindu by his simplistic presentations and meaningful orations. His another creations include Vinaya-Patrika and Kavitavali. At a time when Mughal empire was crumbling of its follies and the British empire was consolidating its feet, Sant Dariya Saheb was born in 1679 in the Rohatas district of Bihar. At the very young age of 20 yrs, he mastered various religious books, Veda, Puranas and Upanishad and started preaching ritualism, polytheism, and false doctrines.  He stressed upon his followers to practice, vegetarianism, faith in Gurus and learn to live amicably in spite of the difference of religion, caste or creed. His famous compositions are better known as Sabad which enlightened the people about the oneness of God. Born in the year 1863, in Calcutta, Swami Vivekanand was known as Narendra in his childhood. He became a disciple of Ramakrishna Paramahansa at a very early age. He mastered various spiritual books and learned the art of preaching. Swami Vivekanand started teaching and took over the managing duties of the mutt at Belur, Howrah, West Bengal. He traveled the length and breadth of India. He delivered his famous lecture in Chicago at the conference of the world religions, in America when he became famous world around. Swami Vivekanand stressed the youth upon building character and to be compassionate. He died at a very early age of just 39 Yrs. His original name was Abhaya Charan De. He changed his name to Swami Prabhupada after renouncing the world and taking Sanyas at the age of 50 Yrs. Born in a family of Vaishanvites, he had developed great spiritual attachment towards Radha Krishna. At the age of 28 yrs, he became a disciple of Srila Bhaktisiddhanta Goswami Maharaji. He traveled various parts of India and preached and propagated messages of Lord Krishna. At the age of 69, he went to America to spread Krishna Consciousness. In spite of his initial difficulties, People started accepting him in the country. Millions of followers followed him all over the world. He translated 30 volumes of Bhagawat Gita into English. He established Vaishnava tradition and spearheaded ISKCON movement. With his immense contribution to the Hinduism and efforts to propagate it to worldwide, he is remembered as one of the Famous Indian Religious Teachers.
Famous Spiritual GuruFamous Spiritual GurusSpiritual GuruSpiritual Gurus
1
Share FacebookTwitterGoogle+ReddItWhatsAppPinterestEmail