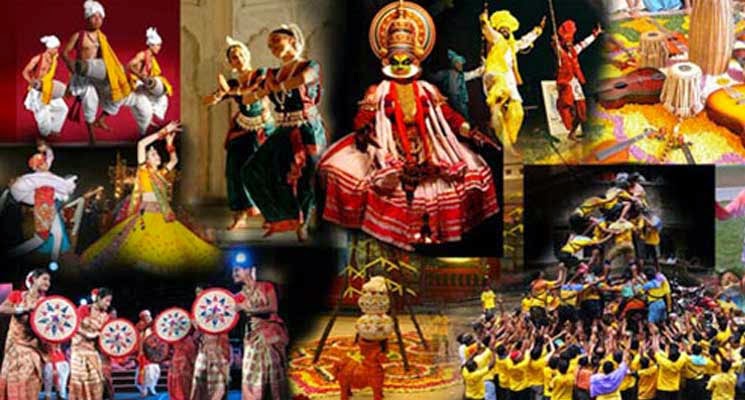 Chronology of Ancient History of Cultural Diversity in India

Dated History of Ancient History of Cultural Diversity in India: 3228 BC to 1947.

The Ancient History of Cultural Diversity in India can be studied in a chronological order dated from 3228 BC to 1947 when India gained Independence from the British rule. 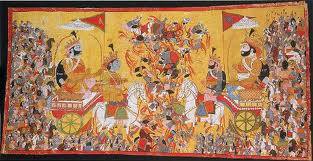 25-85 Shalivahan established Shalivahan Shak era in 78 AD
85-1192 There were several kingdoms of Rajpoot kings all over India. They ruled for 1,107 years.
1192-1757 In 1192, Mohammad Gori invaded Delhi (Hastinapur) the second time, defeated and killed Prithviraj Chauhan, and became the king. Since then several dynasties of Muslims ruled India for 565 years.
1757-1947 In 1757 English regime was established in Bengal. British ruled India for 190 years.
1947 India got Independence

Important Periods of Ancient History of Cultural Diversity in India

3228 BC – Descension of Bhagwan Krishna

According to the “Surya Siddhanta,” the astrologers have calculated that Kali yuga started on the afternoon of 17th February, 3102 BC. In the Bhagwatam, Brahma tells in round figures that Krishna remained on this earth planet for 125 years
Accordingly, if 125 years is added to February, 3102, it comes to February 3227 BC. But Krishna’s dissension was in the Rohini nakcÝhatra (asterism) of the 8th waning moon midnight of Bhadon (August) which is about seven months earlier. Thus, His descensions date is 3228 BC and He stayed on the earth planet for 125 years and about 7 months.

The Pandavas, after winning the Mahabharat war, ruled for 36 years and 8 months until the start of Kali Yuga in 3102 BC. Accordingly, the date of Mahabharat war comes to 3139 BC.

Recommended for You:
Facts About Indian Culture And History
Ancient Cultural Heritage Of India And Our Civilization

The authority of the Bhagwatam is taken to determine the dates of the dynasties of the kings of Magadh up to the Andhra dynasty. There were nine dynasties that ruled Magadha after the Mahabharat war (3139 BC). They were: 21 kings in Brihadrath dynasty (1,000 years), 5 in Pradyot (138 years), 10 in Shishunag (360 years), one King Mahapadm Nand along with his 8 sons (100 years), 10 Maurya (137 years), 10 Shung and 4 Kanva (457 years), and 30 kings of Andhra dynasty for 456 years (Bhagwatam 9/22/46-49, 12/1/1-28). The ninth one is Gupta dynasty. There were seven kings in the Gupta dynasty with a total reigning period of 245 years (Kaliyug Rajvrittant, Bhavishyottar Puran).
The reigning period of 10 Maurya kings, shown only for 137 years, appears to be much less as compared to the reigning period of the other kings of Magadha. Apart from the Mauryas, 81 kings in the other seven dynasties ruled for 2,511 years which give an average of 31 years per king. It appears to be a copying mistake while writing the period of Maurya dynasty. Probably, instead of 317, it was mistakenly written as 137 because the Kaliyug Rajvrittant gives the figure of 316 years for 10 Maurya kings. However, 300 years in round figures for the Maurya dynasty has been taken.

Magadh was the fourth dynasty after the Mahabharat war (3139 BC). Chandragupta Maurya was the first king of the Maurya dynasty. His mother’s name was the Mur, so he was called Maurya in Sanskrit which means the son of Mur, and thus, his dynasty was called Maurya dynasty. A pious learned and determined Brahman, Chanakya, also known as Kautilya, who didn’t have a pleasant appearance but had an intelligent brain, managed to terminate the existing King Mahapadm Nand and his eight sons and made Chandragupta the King of Magadh who was also the legitimate heir to the throne. The total period of the four dynasties including the Nand dynasty after the Mahabharat war is 1,598 years (1,000 + 138 + 360 + 100). Thus, the coronation date of Chandragupta Maurya comes to 3139 – 1598 = 1541 BC. Chandragupta Maurya ruled for 34 years (1541-1507 BC), his son Bindusar ruled 28 years (1507-1479 BC) and his grandson Ashokvardhan ruled for 36 years (1479-1443 BC).

Vikram era started in 57 BC by Vikramaditya the Great as a commemoration of his victory upon the Shaks. There is plentiful literature on Vikramaditya, and in the Bhavishya Puran itself, there are descriptions of Vikramaditya in more than 40 chapters between Pratisarg Parv I and IV. Pratisarg Parv IV, chapter 1 of Bhavishya Puran says that after the elapse of a full 3,000 years in Kali Yug (3102 – 3000 = 102 BC), a dynamic Divine personality was born who was named Vikramaditya. Bhavishya Puran further says that the great King Vikramaditya ruled for one hundred years. When he was only five years old he went into the jungles to worship God. After twelve years, when he came out, God Shiv sent for him a celestial golden throne which was decorated with thirty-two statues. According to the above descriptions, Vikramaditya lived for (5 years + 12 years + 100 years) 117 years (102 BC – 15 AD).

Kalidas, the greatest poet, writer and the literary figure of his time, living a pious life and sincerely devoted to his scholarly work, was one of the nine gems of King Vikram’s court. The “Jyotirvidabharnam” by Kalidas tells in its first chapter that Vikram era started at the elapse of (Agni 3, Ambar 0, Yug 4 and Ved 4 = 3,0,4,4) 3,044 years of kali yug. Thus, the 3,045th year of Kali Yuga was the beginning of Vikram era which is 57 BC. At the end of Jyotirvidabharnam, Mahakavi Kalidas mentions the exact date of his writing and says that in the Kali era 3067 he had started to write this book. It means, he wrote that book when 3,067 years of kali yuga had passed. That comes to 35 BC (3102 – 3067 = 35), which is the beginning of Vikram era.

Detail of the kings of Parmar dynasty up to King Bhojraj as given in the Bhavishya Puran (Pratisarg Parv IV chapter one) states Vikramaditya, son of Gandharv Sen, reigned up to 15 AD. Vikramaditya’s son Deobhakt ruled from 15-25 AD and his grandson, Shalivahan, ruled from 25-85 AD. Shalivahan established his era in 78 AD. It is called the Shalivahan Shak era.

This suffices, in brief, the chronology of Ancient Indian Civilization and Culture.

Do I Have Anger Issues?